Alan Carter, Cabral’s President and CEO commented, “These RC drill results suggest that the recently identified gold-in-oxide blanket at MG is at least 50% larger (36 hectares) than we envisaged just three weeks ago. The blanket at MG remains open in several directions, particularly to the west, where the most westerly hole drilled to date returned 14m @ 0.8 g/t and 18m @ 0.5 g/t gold in unconsolidated near surface oxide material. Furthermore, the metallurgical test work that we are conducting on large samples of the gold-in-oxide material is obviously key to demonstrating the economic viability of this near surface gold-in-oxide mineralization, and will be an important milestone for the Company in the coming months.”

Following the discovery of an extensive gold-in-oxide blanket in near surface unconsolidated material directly above the MG gold deposit in April of this year (see press release dated April 15, 2021 and Figure 1), Cabral has moved swiftly to define the limits to the gold-in-oxide mineralization (see press releases dated July 29, 2021, August 31, 2021 and October 14, 2021). 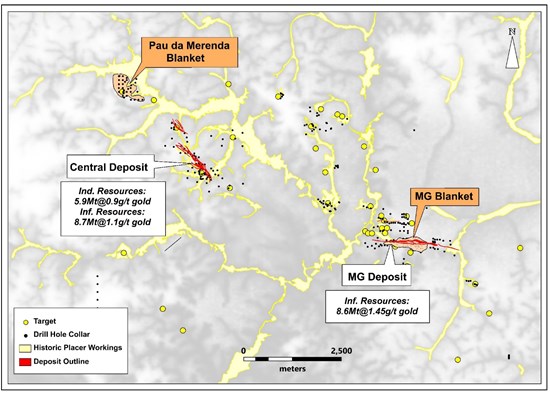 Figure 1: Map showing the location of the MG deposit and overlying MG gold-in-oxide target, as well as the
Central gold deposit, the Pau de Merenda (PDM) gold-in-oxide blanket and other key targets within this part of the Cuiú Cuiú district

A total of 79 RC holes have been completed at the MG gold-in-oxide blanket. Results have been reported so far on a total of 49 RC holes including 17 holes which are reported here.

Assay results have been returned on holes RC162 to RC169, RC190 to RC194 and RC203 to RC206 (Figure 2). These holes returned intervals of gold-in-oxide mineralization within the overlying unconsolidated soils and sediments and have expanded the surface footprint of the gold-in-oxide blanket at MG by 50% (to 36 hectares) from the most recent size estimate of 24 hectares (see press release dated October 14, 2021). 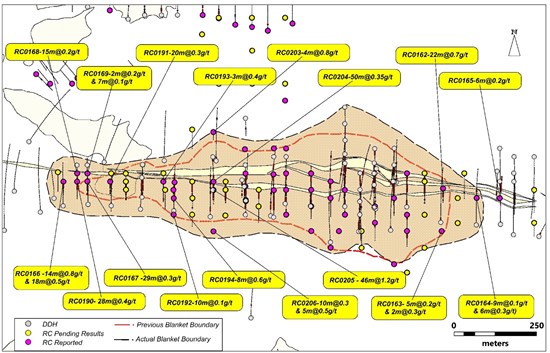 Figure 2: Map showing both the new outline and the previous outline on surface of the
MG gold-in-oxide blanket and recent RC drill hole results

The most significant intercepts from these holes are as follows:

Similarly, drill hole RC162 in the extreme east was completed on section 553900 and returned 22m @ 0.7 g/t gold, indicating that the blanket remains open to the north-east, as well as in several other directions. 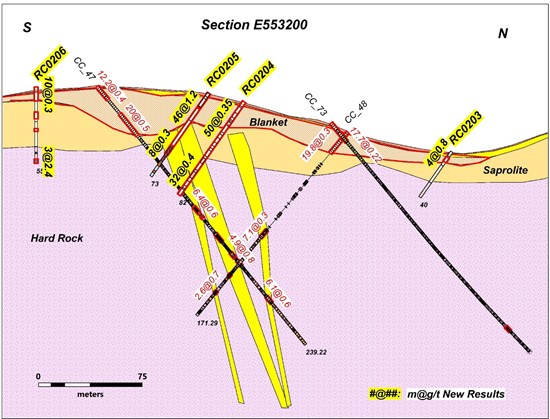 Assay results are still pending on an additional 30 RC holes which have tested the blanket.

The identification of the extensive thick cover sequence, of mineralized unconsolidated oxidized and saprolitized colluvial cover and saprolitized basement rocks above the steep-dipping MG primary basement gold deposit is an important development for the Cuiú Cuiú gold project. This area is identified or designated as an “oxide blanket deposit”, and was largely classified as barren in historic resource estimates. Most, if not all, of this material should be expected to be free digging, and would be pre-strip within any open pit exploiting the basement gold deposit. It may also be amenable to low-cost and low-capital heap-leach processing.

To that end, Cabral has engaged Kappes, Cassiday & Associates (KCA) to conduct preliminary metallurgical tests to explore the possibility of heap leaching the unconsolidated saprolitized colluvial blanket and partially consolidated oxidized saprolitized basement gold mineralization. Approximately 450kg of this material from five metallurgical diamond-drill holes will be shipped later this month to KCA’s Reno, Nevada Laboratory for a variety of tests. Core from each hole was cut in half, with one half sent for gold analysis, and the remainder stored for shipment to KCA. Densities were measured at regular intervals. Assays are pending from all of the five holes.

Material will be initially subdivided into seven subsets, including: low- and high-grade soil, low- and high-grade colluvium, alluvial-fluvial sediments, and both high- and low-grade basement saprolite. Bottle-roll test will be performed on all categories, while gravity tests will also be performed on the higher-grade subsets. Finally, a composite sample of the remaining material will be combined in the approximate proportions of occurrence within the deposit. Agglomeration tests (compact permeability tests) will then be performed on this material to determine the appropriate lime and cement additions required for effective leach performance. The final product will be subjected to a two-month column test to estimate longer term gold recoveries. It is expected that results could be available from the initial test work by late this year, while the column test work results should be available in early 2022.

Should low-cost heap leaching be effective for this first oxide blanket deposit, then it could open the door to treat other the oxide blanket deposits, such as PDM (Pau de Merenda), that occur on the property, and potentially 17.9 square kilometres of placer gold tailings occurring throughout the Cuiú Cuiú project.

Diamond drilling is continuing at the primary Central gold deposit and the third hole is currently in progress from a total program of 43 planned diamond drill holes which are aimed at further defining the high-grade zones at Central. Previous diamond drilling at Central included 220.7m @ 2.0 g/t gold including 9.8m @ 17.9 g/t gold.

RC drilling at Central has also commenced with the objective of testing for the presence of gold-in-oxide blanket mineralization above the primary Central gold deposit. The second RC hole is currently in progress.

Diamond drilling is continuing at the PDM target, located 2.5km NW of the Central gold deposit, and is aimed at testing for the presence of a primary gold deposit in the basement intrusive rock underlying the gold-in-oxide blanket. Results are currently pending on five diamond-drill holes.

Similarly, diamond drilling is in progress at the MG gold deposit aimed at defining the high-grade zones within the deposit.

To view the source version of this press release, please visit https://www.newsfilecorp.com/release/102595