The Morro da Lua target is the most northerly of the ten targets tested during the recent drill campaign (see Figure 1) and is characterised by NE and E-W trending magnetic features, and a moderate gold-in-soil anomaly extending over an area of 1500m E-W x 700m N-S. It is also the location of numerous historic shafts developed by garimpeiro miners, which were notable for producing a high proportion of samples with visible gold. The shafts are located upstream from alluvial workings extending two kilometers to the north. Surface grab samples from vein samples excavated from these shafts during mid-2018 returned results ranging from 5.5 to 162.4 g/t gold (Figure 2) within an area of 220m E-W and 210m N-S (see press release dated 19th June 2018). Channel samples taken during 2018 across two individual veins exposed in narrow underground galleries, returned grades of 0.3m @ 10.9 g/t gold and 0.3m @ 16.3 g/t gold.

One diamond drill hole was completed at the Jerimum Cima (“JC”) target which is located approximately 3.5km NW of the Moreira Gomes (“MG”) deposit.

The drilling and channel sampling results confirm the continuation of the mineralized zone at least 150m west of the limit of historic drilling and confirm bedrock mineralization associated with the extent of the saprolite workings which extend E-W over 500m. The zone remains open to the west. Follow-up programs of rock chip and channel sampling are continuing at Machichie, as well as several other targets on the property. New auger and soil sample grids are being established in previously untested areas in the northeast portion of the property.

Alan Carter, President & CEO stated “We are very pleased with the high-grade drill results from Morro da Lua which add to very compelling high-grade intercepts recently released from the Machichie, Machichie East and Seis Irmaos targets. All four of these targets had no previous drilling and further highlight the excellent high-grade potential of the Cuiú Cuiú project. Additional drilling will be required to determine the size and grade of these new discoveries, together with the high-grade zones at the Central and MG deposits, where there are almost 60 historic drill intercepts above 10g/t gold”. 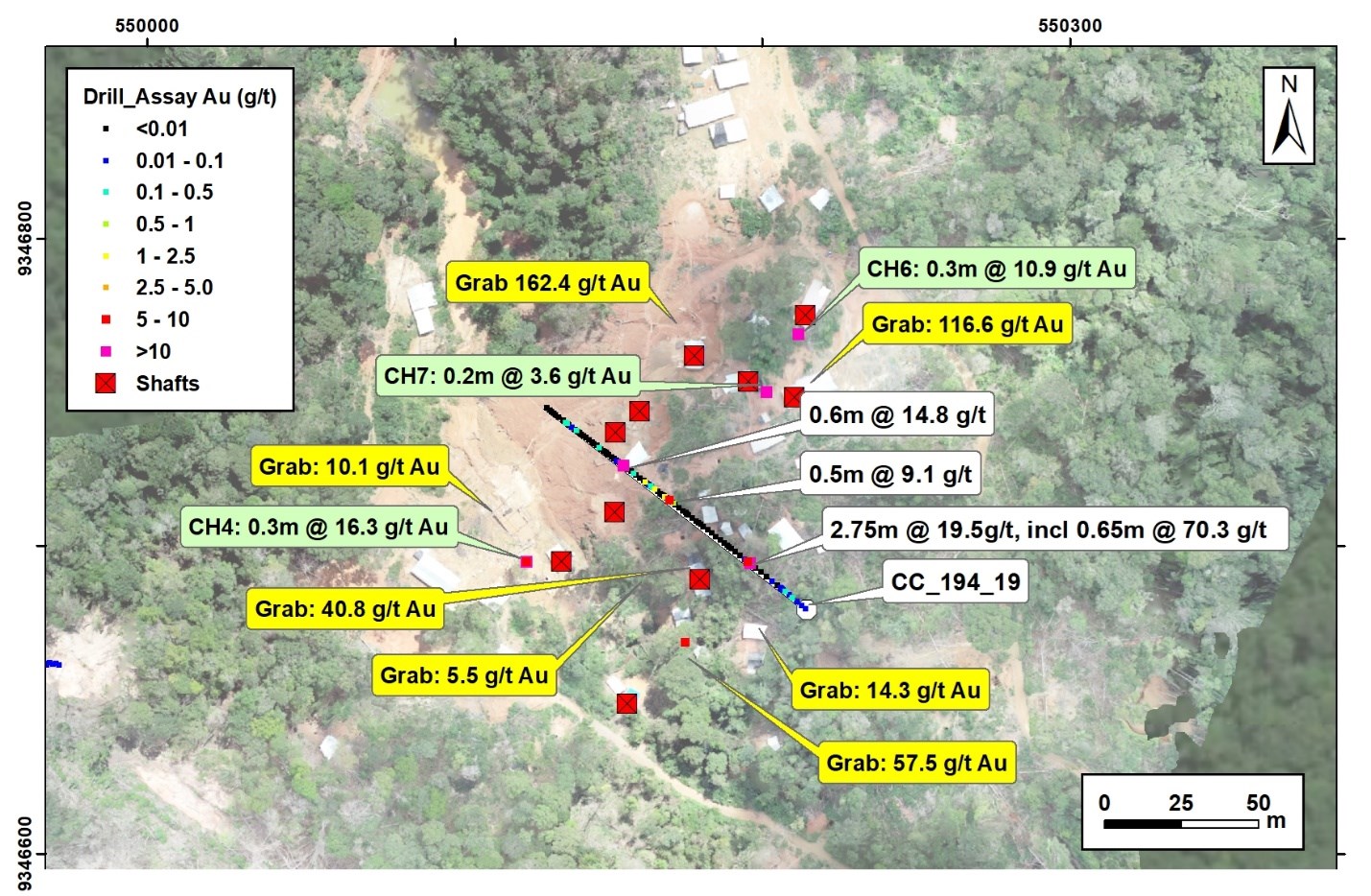 The Tapajós Gold Province is the site of the largest gold rush in Brazil’s history. Cuiú Cuiú was the largest garimpo in the Tapajós and produced an estimate 2Moz of placer gold historically.

Previous Post
Cabral samples 9.5m @ 5.3 g/t gold including 1.5m @ 30.8 g/t gold, extending the new Machichie discovery 180m to the east. Drill program expanded
Next Post
Cabral Gold Announces up to $3.0 Million Non-Brokered Private Placement
Menu
This website uses cookies to improve your experience. If you continue to use this site, you agree with it.
Ok